Marine Seismic Consultant (38 Years Offshore Experience)
At the end of May 2015, I was the Senior ION Geo Ventures Representative on-board the SOPGC vessel Discoverer 2, the vessel was anchored at Coatzacoalcos, Mexico. I can confirm that Karl Bradbury from Work Boat Safety International joined the vessel on the 18th May.

As soon as Karl arrived he started reviewing and inspecting the on-board equipment, during this initial period he started interacting with the crew and building a strong working relationship. Karl was introduced to the Chinese crew to be trained on the 19th May, and from this point onwards, Karl scheduled, instructed and supervised all the training received by the crew.

The purpose of Karl’s visit to the vessel was to train the SOPGC seismic crew up to a level where they could safely deploy, operate and recover the vessels current work boat. To this end Karl had to evaluate all the crew that was available for training and assign positions to the crew that were competent to handle the vessel and had the awareness to operate the vessel in a safe manner.

All though I was not directly involved in the training I observed the training, and in the evenings discussed the days training with Karl. I found Karl to very level headed, and professional throughout his time on the vessel. He gained a good response from the Chinese crew, I would put this down to several things,

By the time Karl left the vessel, the Discoverer 2 had two fully trained rescue crews for their specific work boat. It had been hoped that Karl could have sailed with the vessel to continue the training of the crew, so that they could work on deployed streamers, unfortunately mechanical failure on the work boats drive train stopped this.

I personally found Karl to be very open and he showed a clear understanding of all the operational needs and restrictions of work boat operations on this vessel. Karl also found time to inspect the on-board lifeboats and life raft installations at the request of the Captain, several improvements we initiated on the results of these inspections.

I have no hesitation in recommend Karl Bradbury and Work Boat Safety International if you are looking to train or refresh a crew in the operation of small boats at sea. 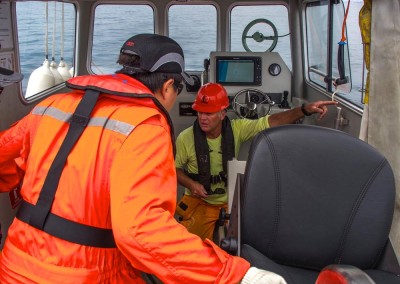 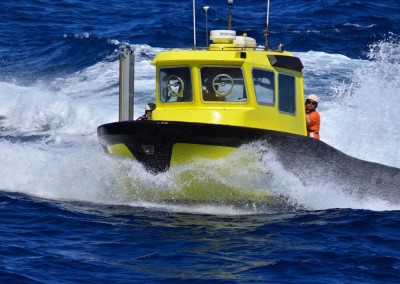 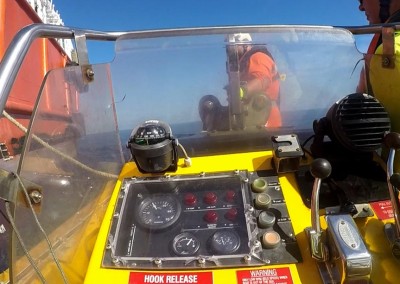 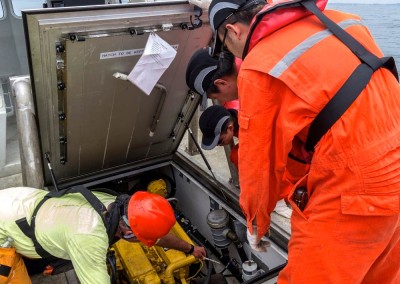 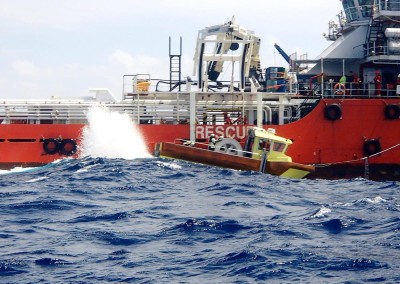 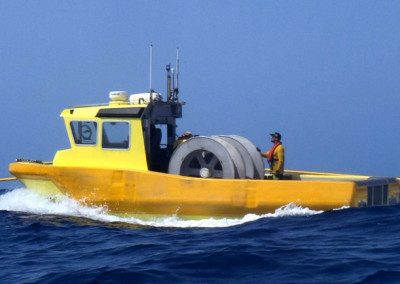 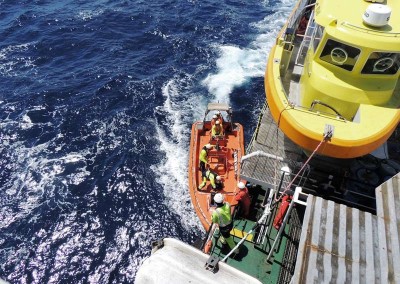 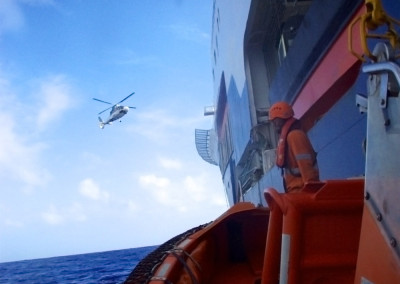 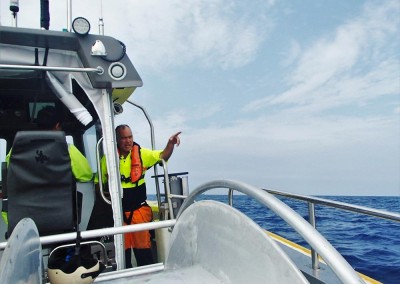 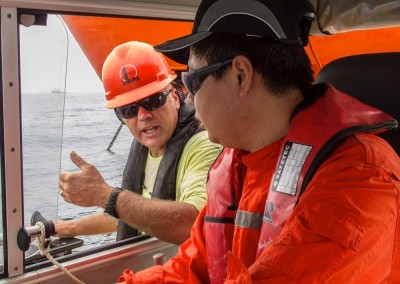 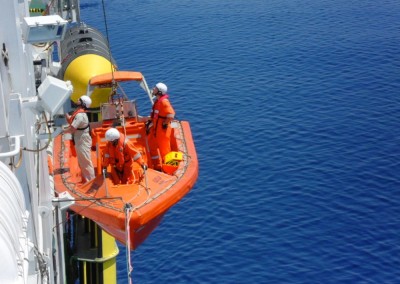 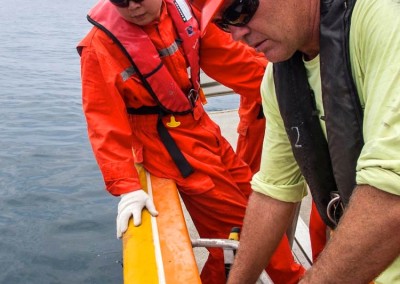 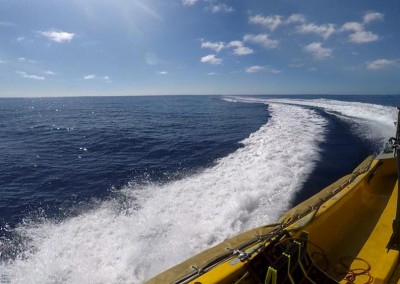 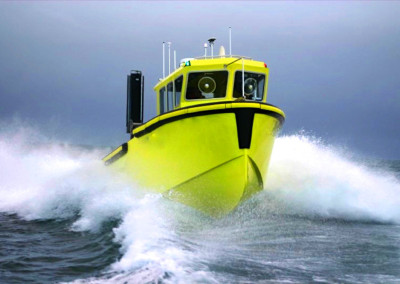 This is to verify that Mr. Karl Bradbury has been employed on board M/V Polarcus Alima as Seismic Coxswain from September 2012 to February 2015.

During that time Karl has proved to be a very capable and conscientious Small Boat Coxswain, as a Driver, Maintenance Operative and as Trainer of Coxswains.

When Karl joined Polarcus Alima we very soon realized that his skills were invaluable to us as he was very well experienced in all disciplines and duties of a Seismic/Small boat Coxswain. We were also fortunate that our location was in a good weather area and we took complete advantage of the good conditions allowing Karl to perform intensive training of our existing designated Coxswains and personnel who wished to be trained as Coxswains.

His training program covered maintenance of both the Fast Rescue Craft and Seismic Work Boat, their Davits, Launch and Recovery Methods, Driving the boats in routine transfers and complex seismic equipment operations. Our personnel and company benefited greatly from this level of tuition. One obvious improvement was the reliability of our boats due to the loving maintenance they received from Karl. When some of our Coxswains were sent on approved courses they came back with feedback from the course leaders that they were among the best Coxswains they had worked with.

Karl also embraced the Polarcus Environmental, Health, Safety and Quality Policy to the full without compromise.

As a person I found Karl to be always courteous, trustworthy and a sober person who was well liked by all the Officers,Crew and Seismic personnel on board Polarcus Alima.

In December 2013 I was transferred to another Polarcus vessel however, Karl continued his excellent work on board Polarcus Alima with Captains Frederik Loov and Morten Esseth until February 2015. Since that time he has been contracted to conduct training for other companies as well as further work for Polarcus on board the Asima and Naila .

I, therefore have no hesitation but to recommend Karl to any prospective employer where his skills and experience may be used to their mutual benefit.

Karl Jason Bradbury has been on board the seismic survey vessel, Polarcus Naila from 06th January 2016 – 10th february 2016, as a Seismic workboat/FRC Coxwain/Gun Mechanic.

His daily tasks were to maintain Westplast 950 workboats and their machineries, coxswain the workboat with a minimum of 3 man crew to maintain in water towed seismic equipment, carry out underwater video inspection and transfer crew personnel & provisions from supply vessels and.

He has also been responsible for the Fast Rescue Craft Norsafe Magnum 750, its maintenance, operation and training of trainee coxswains.

He has participated in over 34 workboats/FRC operations with total 78 hours during his service onboard Polarcus Naila.

All of his small boats operations have been carried out professionally and in a safe and efficient manner without incidents.

I would definitely recommend Karl Jason Bradbury for any prospective employers for the position related with small boats maintenance, operation and crew training.